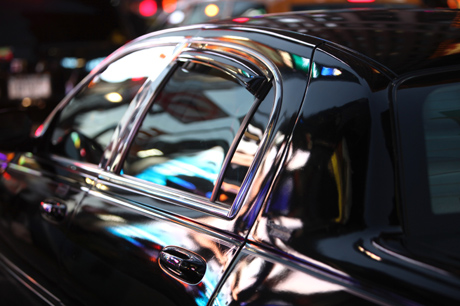 Our firm brought the original case against Uber in 2013 for misclassifying drivers as independent contractors and not reimbursing them for their expenses, like for gas and for owning or leasing their vehicle, and not paying drivers' tips.  We have litigated against Uber for 7 years (as well as many other gig economy companies, including Lyft, GrubHub, DoorDash, Postmates, and Amazon) and, along the way, have made most of the law in this area in California and Massachusetts.  (Click here to read more about our firm, which has been repeatedly recognized as one of the top firms in the country representing workers in wage and hour class actions.  Attorney Shannon Liss-Riordan, lead counsel for the drivers, has been nicknamed "Sledgehammer Shannon" by her clients and "Uber's Worst Nightmare".)  After obtaining significant victories (and after an appellate court reversed an early victory we got invalidating Uber's arbitration agreement), we reached a settlement with Uber.

We have now brought new cases against Uber in California and Massachusetts, which pick up where the last left off, and through which we are continuing to challenge Uber's refusal to recognize its drivers as employees, entitled to all the rights and protections of employees.  However, because Uber's arbitration agreement has so far been enforced, we are also representing thousands of drivers in individual arbitration claims.  In order to be included in our ongoing arbitrations, email us at uberlawsuit@llrlaw.com to obtain a form to sign up with us.

We have reached a $20 million settlement on behalf of drivers who are not bound by Uber’s arbitration clause who have worked in California or Massachusetts.  If you last drove for Uber before July 2013, or if you opted out of Uber’s arbitration clause and drove before 2019, you are likely a class member.  As of June 2020, this settlement is now final, and we expect payments to be sent to class members (who submitted a claim) this summer.

All other drivers may pursue their claims only through arbitration.  We are pursuing arbitrations for thousands of Uber drivers.  In order to be included in our ongoing arbitrations, email us at uberlawsuit@llrlaw.com to obtain a form to sign up with us.  If you are signed up with us to pursue an arbitration, please watch your emails for any updates.

Please note that other firms are copying what we have been doing for years and are soliciting Uber drivers to bring arbitrations.  Our firm, Lichten & Liss-Riordan, P.C., is the original firm that began this litigation, has been fighting Uber in court (and arbitration) for more than 7 years, and was certified as class counsel by the federal court in the original case.

As soon as the COVID-19 pandemic began, we filed emergency motions in March 2020 against Uber in California and Massachusetts, seeking to require Uber to provide state-mandated sick pay for its drivers.  In California, we were able to negotiate a financial assistance program for certain drivers affected by COVID-19 that does not require any documentation and will not require drivers to be taken off the app for more than 3 days (unless they have symptoms after that).  Uber drivers in California who drove a required amount in the months before the pandemic can receive $360 if they have been diagnosed with COVID-19, or believe they or someone they live with has been exposed to COVID-19, or have pre-existing conditions, or are at least 60 years old.  Read here  about how to access this program, and please contact us at questions@llrlaw.com if you have any issues obtaining the $360 if you believe you qualify.

In September 2019, the California legislature passed A.B. 5, a law that strengthens the test in California for workers challenging their misclassification as independent contractors.  A.B. 5 went into effect on January 1, 2020.  The law codifies the Dynamex ruling issued on April 30, 2018, by the California Supreme Court.  In this landmark ruling, the Court adopted the ABC test that is used in Massachusetts.  Under this test, the burden is on Uber to prove that drivers do not perform services within Uber’s usual course of business.  In other words, if Uber cannot prove that it is not a transportation company, then its drivers would be employees under California law.

Our firm developed the caselaw behind the strong ABC test in Massachusetts over the last 15 years and made it known to the California Supreme Court in the Dynamex case.  We obtained the first ruling in California applying Dynamex, where the court agreed that our clients had been misclassified as independent contractors.  We obtained a significant ruling at the Ninth Circuit recognizing the strength of the ABC test in California (a case that is now pending at the California Supreme Court, regarding whether Dynamex is retroactive).

Despite the fact that we believe Dynamex and A.B. 5 make clear that Uber drivers are employees under California law, Uber is still continuing to vigorously defend itself against these allegations.  It is also trying to overturn A.B. 5 in a ballot initiative this year.  We oppose Uber’s attempt to undo the work of the California legislature and California Supreme Court, which have made clear the strong protections they agree workers must have against companies trying to misuse the independent contractor classification.

In the meantime, the courts have so far required most drivers to pursue individual arbitrations if they want to recover any damages for the wage law violations we have alleged.  So in addition to the cases we are continuing to litigate in court, we are also pursuing thousands of individual arbitrations for drivers.  For this reason, IF YOU ARE AN UBER DRIVER IN CALIFORNIA OR MASSACHUSETTS WHO DID NOT OPT OUT OF EVERY VERSION OF UBER’S ARBITRATION CLAUSE, PLEASE CONTACT US, if you have not already, to sign up to bring an arbitration claim.  Email us at uberlawsuit@llrlaw.com to obtain a form to sign up with us if you want to be included.

Uber has been arguing that drivers are independent contractors, and not employees, because they can set their own hours, and Uber makes much of the fact that drivers like setting their own schedules.  We don’t disagree that drivers like to be able to work whenever they want!  The fact that drivers set their own schedules does not make them independent contractors.  We are not challenging Uber's system of providing flexibility for its drivers!  Courts have agreed that, even if Uber drivers are declared to be employees, that would not require Uber to take away their flexibility.  Our argument is simply that, under the law, when drivers are working for Uber, they are Uber's employees and must receive the wage protections that employees receive.

Attorney Shannon Liss-Riordan and Lichten & Liss-Riordan have represented thousands of employees who have been misclassified as independent contractors, all around the country.  We have brought and won many ground-breaking cases and are nationally recognized for our successful and ethical representation of workers in many industries.

In order to join our contact list of drivers interested in the case who want to receive updates, please email us at uberlawsuit@llrlaw.com and tell us your name, email address, and location where you have driven for Uber.

The attorneys representing the drivers are:

Uber cannot legally retaliate against you for cooperating with the lawsuit.

It's not just the gig economy that could end employment as we know it. It's all companies.
NBC News | May 2019

Travis Kalanick is no longer Uber’s CEO, but drivers still want him on the hook in lawsuit
LA Times | June 2017

Year in Preview: What the Uber Lawsuit Means for Workers in the Sharing Economy
SF Weekly | December 2015

Case against Uber seeks to reclassify drivers as employees, not contractors (Audio Interview)
SiriusXM News | May 2015

Before Uber revolutionizes labor, it's going to have to explain these embarrassing emails
The Verge | January 2015

Judge orders Uber to change ADR clause
The Recorder | May 2014